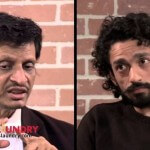 The recent documentary by BBC on Nirbhaya Rape Case has created goosebumps all over India. As of rapist said in the film that raping women is their right and that they should silently endure it, the defence lawyer made some more disgraceful comments over the documentary, making it a *BEEP* shitty person. ML Sharma, the […]