Amm…I still can’t imagine, that a company believes someone is ever going to spend a valuable share $1000 from their hard earned money to get some extra protection for the smartphone which, probably, has emptied up their pockets.

Gray International, well, an international company by it’s name, aimed at making up something that would keep our jaws dropped, and literally dropped for a LONG period, with, you gotta accept it, their $1000 iPhone Case. And get me straight, I’m NOT Joking, there is a $1000 case, and people are getting crazy about it!

Named as the Grade 5 Titanium, it is most commonly used in Formula 1 industry and is promised to be 2 and a half times stronger, and half of the weight of the most common Smartphone cases (but that obviously doesn’t mean that we’ll spent such a BIG amount on it!) 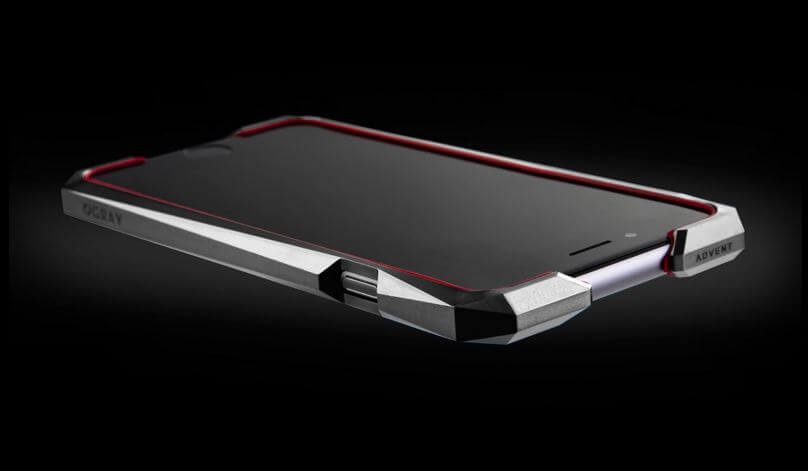 The case being made fully of titanium, is totally shock absorbent. The titanium bumper grips on to your phone by frictional adhesion, lessons of which you’d probably studied in physics. The case has got 3 color variants; Black Yellow and Red.

The logo, product name and serial numbers are all subtly laser engraved at various positions giving it a discreet yet luxurious feel. And yes, upon applying it, it looks really classy. It actually has got two divisions of Titanium metal strings which are attached to the two corners of the iPhone, that being said, the center top and bottom part is going to remain naked, but that really isn’t a BIG issue for they are the least damage-prone.

All that being said and now you having an idea how to use it and that how it feels, you probably would wish to give it a thumbs up, until I tell you again that it worth $1000, and that’s crazy. Anyways, this is how I’ll end this one up and if you liked it make sure you drop out a comment in the box down below as I talk to you guys in my next one!