In today’s busy world, one hardly get time to cook and thus, it has become a thing of the past. Other than the fresh food of home, one prefers the fast food. However, Serenti Kitchen is attempting to revive the passion of cooking with the release of Cooki, a robot chef that can cook food your family wants to eat.

Serenti Kitchen claims that each meals charges almost $4, a bit less than the fast food you order. The company’s is majorly aiming on increasing habits of healthy food with their ingredient trays that are proportioned. 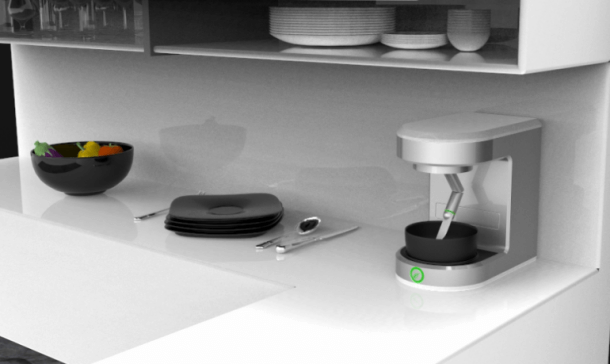 Now, what all I’ve described about it sounds a bit nuisance but it’s true. Here’s how it works: 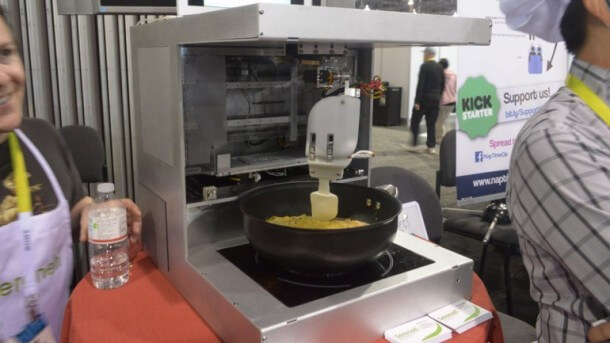 All the ingredients are added by Cooki at the accurate time and suitable temperature. The robot will take the same time to cook as you do but avoid any kind of mistakes in the food. Once the food is ready, your phone pops out with a message, ‘The food is ready’. Also, the robotic arm can be washed after every meal.

The price of this robotic chef is $99 with a special subscription of $49 per month for 10 economy meals per month over a period of three years. Helen and Haidee, two 18-year old youth and twins, founded Serenti Kitchen. According to them, “If almost everything in our lives happens with the push of a button, why can’t we push a button to cook?” If all their plans work out right, the company is expected to launch their beta and first units in December 2015, with the device to launch worldwide in January 2016.

Do Watch the complete mechanism of Cooki, the robot in the video embedded at the top.