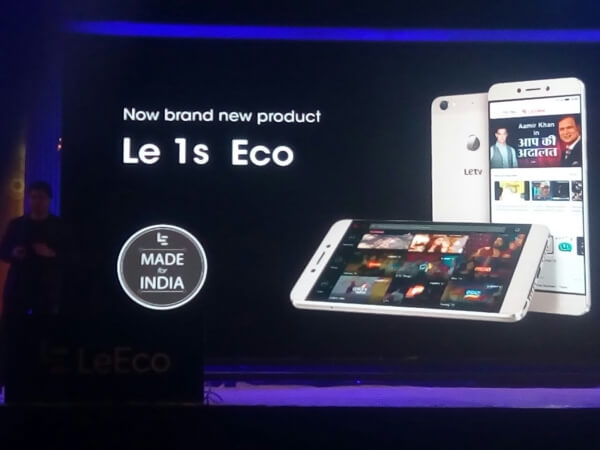 Today, at the LeEco event in Mumbai, which was a full-packed entertainment event, we saw the new LeEco superphone being launched, named the Le 1s Eco, now that name sounds a bit weird for the company’s name is itself LeEco.

The Le 1s Eco sports a 5.5-inch screen with 1920 x 1080 pixels of resolution. It runs on the Helio X10 octa-core processor clocked at 2.2GHz. The storage panel is pretty good; 32GB on-board storage with 3GB RAM, however, that’s not expandable.

They unveiled the 5TB LeDrive with some other additions like LeVidi and LeLive. The 1,00,000 units of Le 1S Eco will be available for a special price of just Rs. 9,999 for the first sale on May 12th.