So…what all can you expect for something available at a price tag of slightly above Rs. 10,000. Well, if talking about the ancient era of the smartphone, then you’d hardly get anything for that price tag but things have modernized slowly as so are the companies trying to, bringing out the best features in a budget piece. In this very attempt, we saw successes like the Huawei Honor 5X, the LeEco Le 1s and the Redmi Note 3, with LG, trying to bring out one of their own! 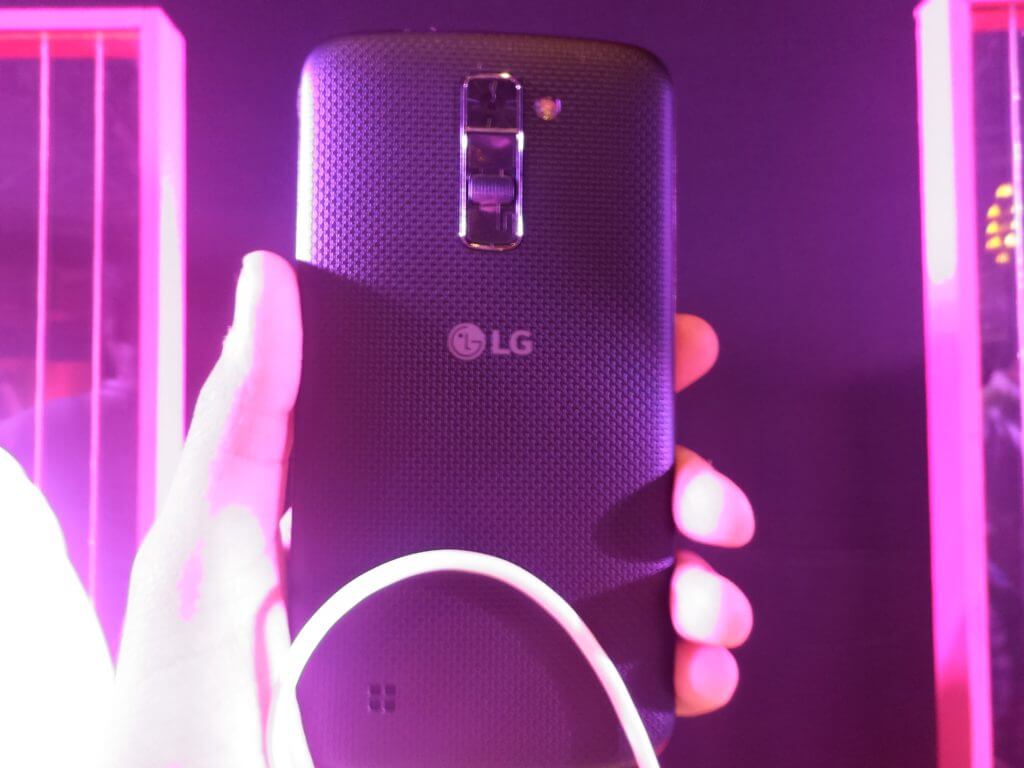 In a launch event in Delhi, the Korean manufacturer brought about the new K series under their cap with the first two of the same; the LG K7 and the K10. Now they aren’t bad, like really, but not even good, as compared to it’s competitors to be honest. Being a part of the event I luckily was able to spend some time and play with the new flagships and here are my initial impressions on the LG K10, as of now! As of the first glance that I had at the phone, the word that came out of my mouth was, ‘Decent’ for it really didn’t offer anything extraordinary and there wasn’t any con in the design section. The LG K10 has got a 5.2-inch of screen, which really fit well in my hand and well, it’s as big as one of a grown. The K7 and the K10 comes with the 2.5D arc glass towards the edge of the screen. LG K10 without the back panel

There isn’t anything special in the LG K10, except of a pretty premium-looking case which has a transparent side on it’s corner which makes it easy for one to use the notification tray, however this comes only with the K10. Also, what I saw new in LG flagships was that both of them doesn’t have the volume and power buttons on the left side, and neither on the right side, just double tap the screen and it opens. The back of it, upon removing the case looks good. So far so good! But I really haven’t started talking about it’s cons, which lie foremost in the processor itself. The LG K10 comes with a 1.2 GHz Quad-core Qualcomm Snapdragon 410, now that’s not enough, especially for a price tag of Rs. 13,500. A 2GB RAM with 16GB internal expandable storage is clocked in the device with a comparatively poor camera (8MP and 5MP). I took some selfie shots with it and they weren’t that good, but not that bad too! It runs on the Android 5.1 Lollipop which was one of the only expected things for me with, again, comparatively poor 2300 mAh battery. Now this thing cannot be a pick for all. The device is handy, pretty much the case in it looks protective, and it’s not that it looks some sort of cheap. The back panel of the device is really, really good, with the camera module placed at a position giving it a premium look. So again, it looks good, but the specifications and the benchmarks didn’t stand up to the expectations.

So there are my first impressions on the LG K10, AND NOT THE FULL REVIEW!! The LG K10 is available at a price of Rs. 13,500 and will soon go for official sales. I’ll surely keep you posted about the full review of the device, until then, I’ll sign off, and would love to answer questions, if you have any! 🙂