Reportedly, an alive lizard was found in the meal tray served to a passenger moving on to London on his flight from Delhi. The quick update went viral instantly and made the airlines face huge social media outrage. On the other hand, the Airlines co-operation completely denies to this claim.

The airline says that no complaint was filed by the passenger, neither to the air crew or the station manager. A source revealed, “A passenger had asked for a special meal and so the flight attendant got his food tray from the galley. Soon after it was placed onto the tray, the passenger was heard screaming.” And this incident initially made every other passenger travel without a grain in their stomach. 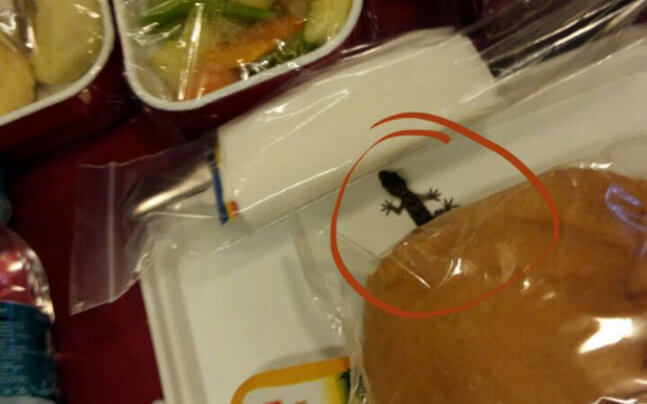 The incident took place after the flight departed from IGI International Airport at around 1 pm on Thursday. While the airline’s crew got worried and instantly offered a new food tray, the shocked passenger refused for it and filed a complaint with Air India.

So what exactly happened? Is it just a prank or Air India is seriously risking others’ lives with their food? Do leave your thoughts in the comment section below!