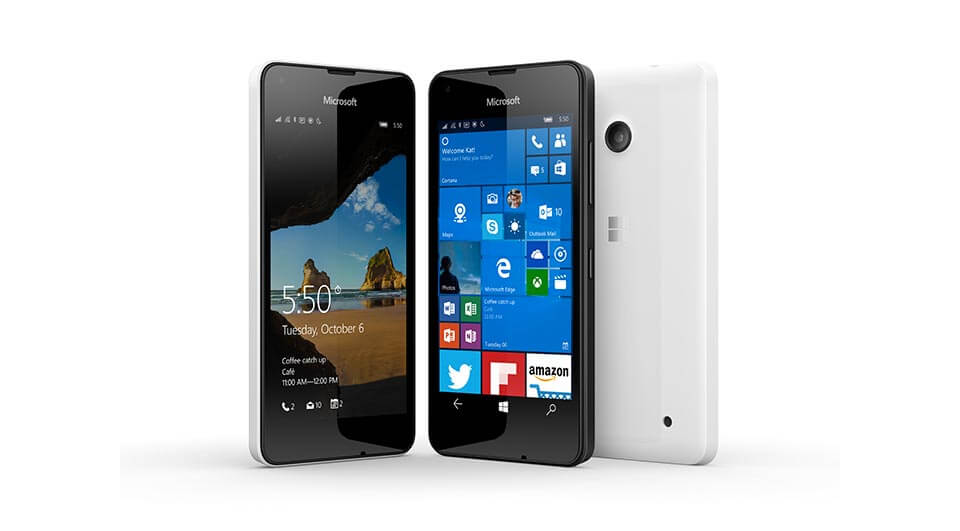 In the recent launch event of Microsoft, they unveiled their most available phone under the lumia category powered by 4G LTE, namely the Lumia 550. The device comes with a 4.7-inch of screen, a bit weak than it’s predecessor Lumia 540, that has got a 5-inch screen, and yes, it has got Windows 10 pre-installed in it.

Speaking of the camera, which is one of it’s poor points, it comes with a 5MP rear camera, with LED flash and autofocus, not as good as expected for 8/10 megapixels camera have become quite common nowadays. It has got a 2MP front-facing camera.

The 1GB RAM with 8GB of internal storage, that can be expanded using the microSD card comprises the storage part. The 4.7-inch of screen with Windows 10 and the Snapdragon 210 processor also pack up inside this Windows model.

The device comes up with a 2100 mAh battery, quite mediocre that lasts up to 15 hours. Connectivity settings are also quite good, with Bluetooth 4.1 LE, GPS/A-GPS, and MicroUSB 2.0. The device will first be available for sale in selected countries, somewhere around December at a price tag of $139, however prices in other nations are not finalized yet.