A sketch with poop! And that too Mark Zuckerberg’s…..HILARIOUS!

Well, this fantasy has become true by the creative minds of a few geniuses that have proved that Creativity is beyond expectations. Brooklyn-based artist Katsu used his own faeces to created a mind-blowing portrait of Mark Zuckerberg and you can call it a pooptrait.

In April 2013, Katsu complied Mark’s photographs, and plastered them over with black eyes, reasoning that he wasn’t satisfied with Facebook data storage services. So it isn’t the first time Katsu has shown how much this hacker hates Zuckerberg. 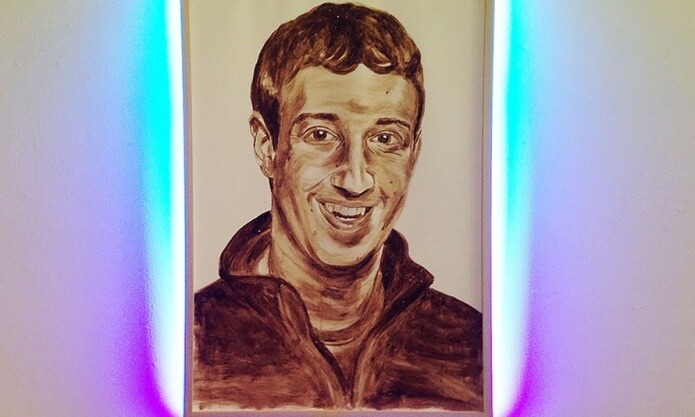 Katsu’s art will be displayed in The Hole at New York which is a half of Katsu’s exhibition namely “Remember the future.”

When asked why he chose to target Zuckerberg, KATSU said “Mark is Mark. He’s this mutation, this gross aspiration everyone idolizes. His face has reach. He deserves to be ridiculed. We’re at the fork in the road with the web. It is being understood as a fundamental part of our evolution as a species. There are some that are fighting to protect privacy, anonymity and freedom and those who are trying to control, monitor and make profits. I want to let people know my beliefs.”