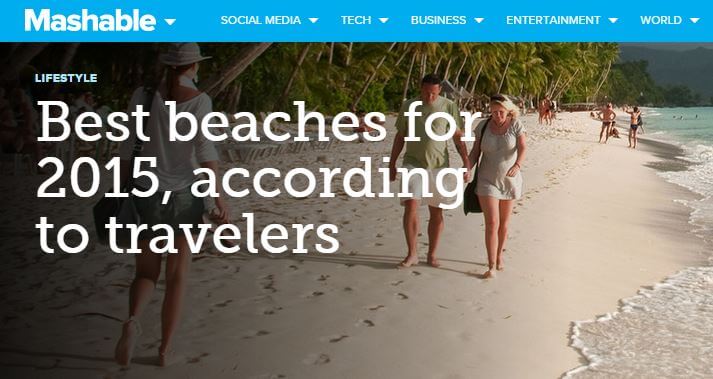 Mashable is one of the most widely reached online news portal and no doubt, it spreads far and wide. Today, Mashable officially partnered with India.com in order to spread in India too! Mashable has partnered with Zee entertainment from India.com for local content distribution.

“We believe that the combination of Mashable and India.com will provide a unique content destination curated for India’s fast growing online generation. We look forward to working with the Mashable team around the world to create a truly world-class and innovative site at Mashable India.”

A team of Mashable editors will work in India for spreading local content and in order to improve Mashable connections with the locals. Adam Ostrow, the chief editor from Mashable and the head of Mashable department in India shared what they’re planning for their India launch. Mashable recently raised funds worth $17 million in Round B.

Before the funds were raised, Pete Cashmore, the founder of Mashable followed Zee Entertainment over Twitter. This completely indicates that the company had planned to partner with a National India channel and spread Mashable.

A per Mashable, they are able to drive up to 42 million visitors, with over 20 million followers over Social Media networks. The major reason why Mashable chose India.com to partner with is because it is a joint presentation with Zee Entertainment and Peskeo Media, a media-based venture in US. Also, India.com is partnered with India’s most popular Indian websites like BGR.in, CricketCountry.com, BollywoodLife.com, TheHealthSite.com, Prepsure.com, BrownPaperBag.in to share their content over India.com network.

India has currently up to 300 million internet users, huge number right! Also, the predictions predict that they figure will turn 650+ million in the next 5 years. Mashable is spreading to India just to let the common people know what’s happening in the world, and that the content is delivered straight to everyone, through phones and tablets.