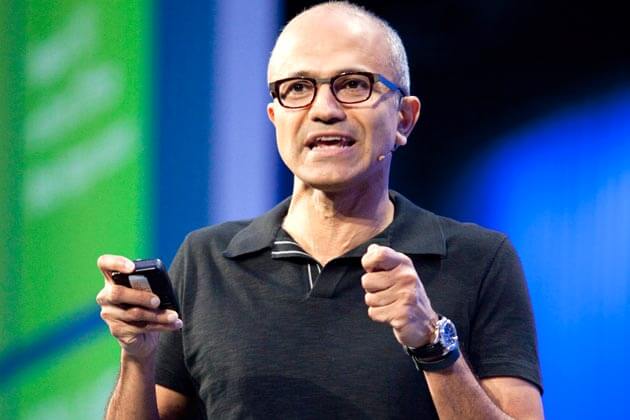 In a recent meeting with the Mexican President Enrique Peña Nieto, Microsoft Co-operation CEO Satya Nandella said that they’ll be investing 1 billion USD to promote digital education with the inclusion for the Latin American Country.

Satya Nandella said in the meeting this thursday, which held at the presidential residency in Los Pinos that they’ll be investing the money in the time duration between 2015 and 2018 and in response to this, Mexican President said, “At the meeting, they (Peña Nieto and Nadella) talked about the evolution and strengthening of Microsoft’s presence in Mexico over two decades, and also about the future of telecommunications globally’.

After their meeting, both of these big men interacted with the students of the Mexican Youth Institute studying under Microsoft’s scholarships, and with some wannabe and successful entrepreneurs too!

Among them was Alejandro Cantu, founder and CEO of SkyAlert, which issues seismic warnings in Mexico to millions of users. He said, “Mexicans can now know how strong a quake was as soon as the alarm goes off, when previously it was just a warning.”

The startup was founded 4 years back with 4 dynamic youths working for it, which today has a team of total 75 officials. By the end, the Microsoft chief noted that his company had promoted micro, small and medium-size enterprises through its efforts to spur digital education and inclusion.

No doubt such a step is truly appreciable. With the changing scenario in the world, the need of the promotion of digital education has become a must and we sincerely appreciate these efforts. With microsoft investing a huge amount in this project, we expect some other big to also become a part of it and show their support towards digital education.