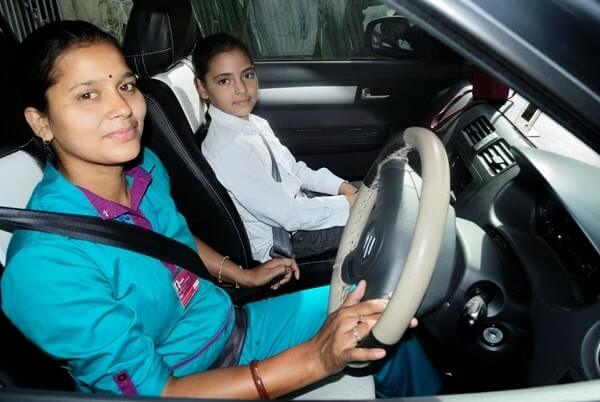 Well, it seems that there is someone who’s actually taking sensible steps. Ola Cabs officially stated that they’ll be training over 50,000 women to drive to support women empowerment in India.

On 8th April, Ola has announced that they have signed an MoU with Empower Pragathi (an investee company of NSDC) and Automotive Skills Development Council (ASDC). ASDC will be helping Ola to train women and developing professional skill in them. Following the Uber delhi rape incident, Ola came up with Pink taxis in the capital and this step forward truly proves their concern towards women in India.

Ola Cabs VP, Mr. Arvind Singhatiya said, “This initiative is in line with Ola’s mission to up-skill drivers and help them become entrepreneurs. We believe that a better world begins with women and empowering them to be entrepreneurs can create a balanced ecosystem in this space. While ASDC will bring in standardized curriculum and certification norms, Empower Pragati will help with mobilizing, designing content, execution of the training on-ground and in ongoing counseling and handholding. Ola,as a technology platform will help create opportunities for these trained drivers by giving them access to infrastructure, financing and continuous revenue.”

The varied reasons ASDC gave media of providing this training to women were quite remarkable and appreciable. The list includes:

Ola cabs is currently India’s biggest Cabs startup and this new step will surely open the few locked gates lying over their path to ultimate success! Another reason why this step by Ola Cabs is simply for the woman is their latest tweet reply which went viral across the nation, when they cracked over a hindu man who demanded for Hindu drivers as per his religion, encouraging religious discrimination.