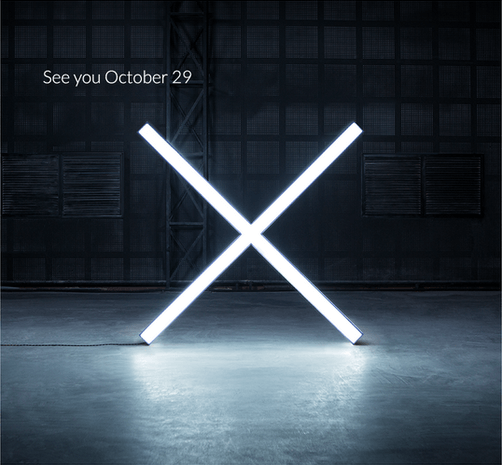 The newest device by OnePlus, which is the OnePlus X has been in the news for quite a while. Though it has been a bit difficult for OnePlus to make people buy their second handset, which wasn’t as popular as its first one, which was the OnePlus One. But all this hasn’t stopped the company from making its third phone, and we’re finally having it’s launch date: that is 29th October!

In a recent teaser unveiled on the OnePlus Twitter profile, they made it official that the OnePlus X is gonna hit the stores on Oct 29th.

The company has revealed some of it’s specifications, like a big 5.5-inch screen, with the design similar to iPhones. It will also come with a 1.9GHz processor and is going to come with amazing connectivity settings like LTE, Bluetooth, GPS, WiFi and FM radios.

Officials haven’t revealed further details about this phone, but I’m sure it’s gonna come with cool features, just like it’s previous models. We’ll keep you updated with all the further information we get about this phone, and it’s launch coverage too!

We all already know that OnePlus has too teamed up with Manufacturing units and are now going to make these phones in India too. The rumored day for the beginning of manufacturing is somewhat in November, and it’s totally awesome!