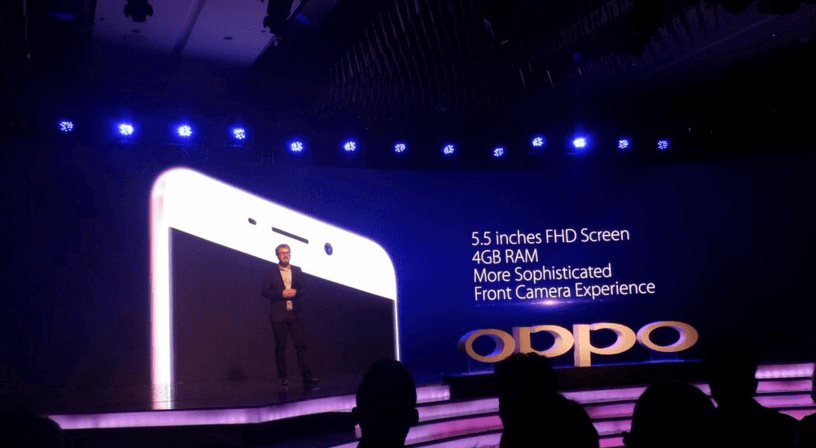 Apart from the launch of it’s baby brother, Oppo also unveiled the Oppo F1 Plus in the launch event at Mumbai today. The Oppo F1 is truly a masterpiece, and this is just a higher end version of a device, priced at nearly double to that of the Oppo F1.

In the launch event, the company didn’t talk much about the device at the event. The Oppo F1 Plus comes with a 5.5-inch of full-HD screen, with rumors of 1280 x 720 pixels of display, along with massive 4GB of RAM, which is far better than the 2GB RAM of Oppo F1.

Some other rumors say that we may see the same Qualcomm Snapdragon 616 Processor in the F1 Plus, however, they are still rumors. The only other thing which the company said at the event was that this one is going to have a much better and sophisticated rear and front-facing camera than it’s brother, the Oppo F1.

The pricing of the smartphone is also announced, as the Oppo F1 Plus is going to be priced at Rs. 26990. The phone will be available from April 2016.