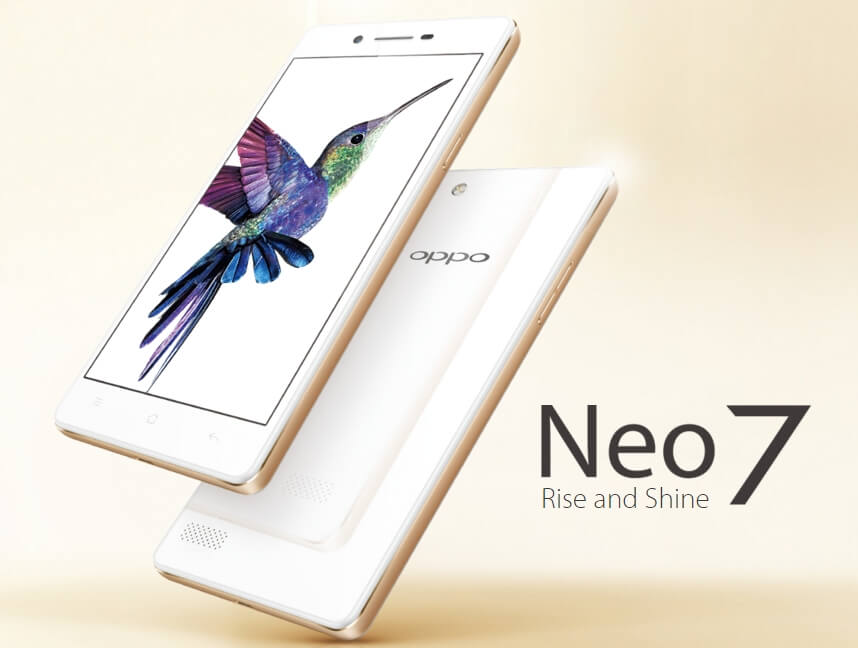 Chinese manufacturers are truly utilizing the month of October, as we’re seeing smartphones and tablet launches from them every second day. Out of many of them, this year has proved to be really fruitful for Oppo. With the continuous launches under the R7 series, Oppo is all set to launch the Oppo Neo 7 in the market.

The phone comes with mid-range specifications, unlike the company’s previous model, the OPPO R7s. The phone comes with 5-inch display with qHD resolution and is powered by a 64-bit Snapdragon 410 SoC. The 1GB RAM and 16GB internal storage, which is expandable to 128GB, makes up the storage part.

Moving on, it has got an 8MP rear camera with f/2.0 aperture and LED flash, accompanied by a 5MP Snapper. The one thing that really impressed me here was that the company has added an option through which the brightness turns to the maximum when capturing selfies in the dark.

It has also got a 2420 mAh battery and runs on the Android Lollipop 5.1 based on ColorOS 2.1. It has got a metallic frame and initially, will be available in 2 color variants; Ivory White and Midnight Blue. It will hit the market tomorrow i.e. on 28th October and will be first come in 17 countries.