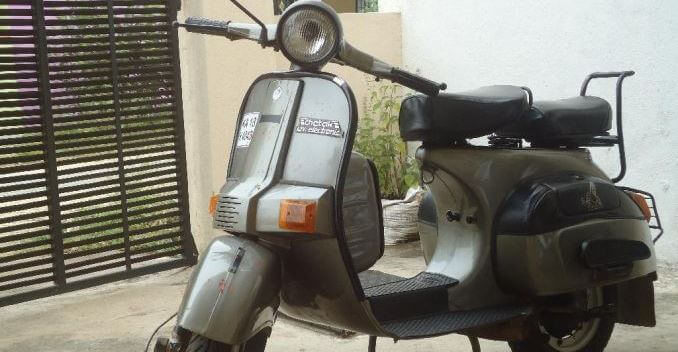 The moment when a family man used to drive Bajaj Chetak with his wife on the back seat and his children over her lap was the coolest family moment of a few years back and now, that lifestyle of a common man is coming back!

After rejecting plans to launch a scooter in recent years, Bajaj is attempting to turn the clock back by introducing the much-loved Bajaj Chetak back into the market, reports Autocar India.

Compared to passenger and commercial vehicles in India, the two-wheeler segment has continued to grow phenomenally. Bajaj Auto, India’s third largest motorcycle manufacturer faced a jaw-dropping 21% loss in their sales in the month of February and thinking to improve their sales to a great extent, they’ve planned to bring the traditional common man scooter back in the stores!

As per various sources, the new Chetak would be without gears, fully automatic with 125-150 CC four-stroke engine. This gives us hint that they may target a segment which is currently dominated by Activa from Honda and Scooty from TVS Motors along with other such models. Bajaj may launch this new model of Chetak during Auto Expo 2016!

Fans and interested buyers for this comeback can expect retro styling delivered in a way that would highlight the Chetak’s old-age charm in a contemporary package.

The company faced competition from LML India, which launched several units based on Vespa’s various models such as Vespa PX 150, Sprint and more, they never got even close to what Chetak was in its heydays.

To revive a bit of old age moments of you, here’s the Bajaj Chetak advertisement shoot in 1989!

Let’s hope this new attempt from Bajaj comes out in flying colors and that they attain their sales back!