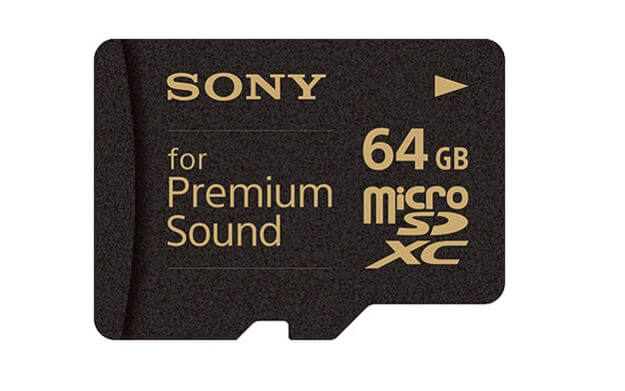 Sony is simply going nuts these days, SIMPLY NUTS! After taking a leap against the Google Glasses, Sony has officially revealed their upcoming MicroSD card, which will be, no doubt, a legend in the technology market. Sony’s new product worth $155, which guarantees, “Premium Sound”. How stupid!

Here’s what The Verge has to say about this product:

“Costing a cool ¥18,500 (roughly $155), the SR-64HXA is a Class 10 microSDXC card, the likes of which Sony already sells for a more reasonable $90 in Japan. If you are willing to go with Samsung, that price falls to $50, and if you’re buying from the US, you could get the same amount and speed of storage for just over $30. Of course, only Sony’s new card is emblazoned with the golden-lettered ‘for Premium Sound’ tagline.”

Many industrialists and experts have spoke against this new change by Sony and when employees are too not in support to this new device, Sony gotta face lot of crisis and controversies. Let’s wish all the best to Sony and that they could take sensible change for this new launch.