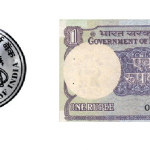 After a hard-fought discussions amongst the officials, the Reserve Bank Of India has decided to relaunch the 1 rupee note among the local Indians this year. The last time we saw that note was 1994, following what, coins were introduced, which, initially, overtook it. However, RBI has till now not revealed the major reason why […]