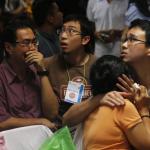 More than 40 bodies were traced at the location where the missing AirAsia plane last made its contact with the controllers. Also, the reports from Sky News say that the airplane’s ‘shadow’ was found on the seabed. Out of 40, three of them were recovered by the Navy Ship from Indonesia and they also said that the […]