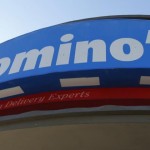 As today IRCTC announced the Indian Railway budget for 2015, there’s another surprise from IRCTC, and it’s kinda big deal! IRCTC officially partnered with one of India’s leading Pizza franchise, Dominos, in order to deliver Pizzas in train seats directly. For now, he facility is available only in 12 selected Railway Stations, but it will soon […]