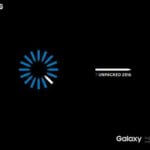 So, it’s official now. If you ever thought of the name, Galaxy Note 6, just cut it, you would never get it. Samsung officially unveiled that they will be launching the Galaxy Note 7 phablet in the market on 2nd August. Samsung has also revealed that the Note7 will rock new S Pen features and […]