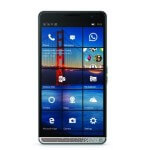 As rumored earlier, HP was supposed to launch a Windows 10 phone heading into MWC 2016, whose’s name was speculated to be ‘Falcon’ or the Elite X3, and it’s finally here. HP has launched the Elite X3 which powers the Windows 10 Operating System and the Quad-Core Snapdragon 820 processor. The company is not having […]