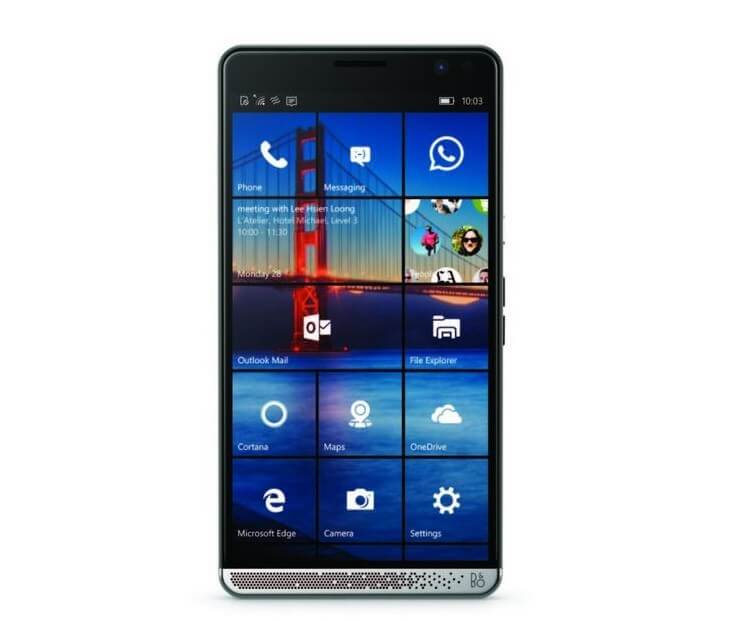 As rumored earlier, HP was supposed to launch a Windows 10 phone heading into MWC 2016, whose’s name was speculated to be ‘Falcon’ or the Elite X3, and it’s finally here.

HP has launched the Elite X3 which powers the Windows 10 Operating System and the Quad-Core Snapdragon 820 processor. The company is not having a good portfolio in the making of smartphones but this can seriously be a game changer for HP.

The recently unveiled HP Elite X3 sports a huge 6-inch of Quad HD display. Under the hood is a Snapdragon 820 processor, which is Qualcomm’s most powerful processor yet. The device will power a huge 4GB under the RAM panel with 64GB internal storage, expandabe, of course! (Up to 2TB!!!)

Apart from that, the device comes with a powerful 4150 mAh battery, which, if compared to some other phones launched today, makes it stand out of the crowd, above them all, certainly making it the most powerful Windows phone till date.

The HP Elite X3 is built around Continnum, which is a special feature that allows the user to use the phone as a complete computer with a mouse and a keyboard. As already mentioned, the device runs on the Windows 1o operating System.

The device’s camera quality is also very good. It sports a 16MP rear camera with LED flash and an 8MP front-facing camera. Some of the device’s additional speakers include Iris scanner, Fingerprint sensor, IP 67 water resistance.