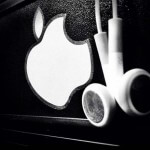 Now that’s a great news. The newly launched Music Streaming services, Apple Music, officially announced at WWDC 2015 is likely to be launched in India at a price of Rs 120 per month. While Apple didn’t mention the names of 100 countries to be first rolled out with Apple Music, people using the beta version […]