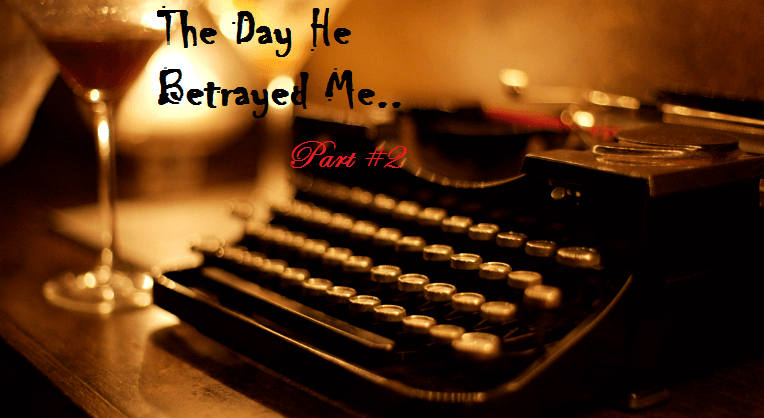 “So it has been 30 years, since he betrayed me…” I started off, coughing a bit, trying to make it more depictable. “30 years back, I successfully passed out from the London University of Science with my best buddy, my brother from another mother, Ramesh. And all both of us had since day one as we played in the farms of our parents in Gujarat is someday print in the newspaper, ‘Two boys from small town makes in big, discovers cure for Cancer.’ I was 13 and Ramesh was 12 when we decided to make a decision of discovering a cure to Cancer.

Well frankly, the reason was my grandfather who died due to cancer. We both got admission in the university on scholarships, we always got good grades, ranked 1st or 2nd in our classes. Since the day we took admission in the London University, we started practising, with an aim of overcoming the odds. It took 9 years for us to achieve our dream, inventing a medicine that can magically cure some stages of cancer, not all unfortunately.

“And this was the reason why we didn’t publicize our invention…,” saying this, I paused, with a still look on my face, crying deep inside for my poor destiny. And I didn’t even realize when those inner tears oozed out. I simply lost my mind, had eventually no idea what to do, depression killed me. And it was this when I felt a hand slightly making a move on my back, helping me get back to my comfort zone.

Then came a noise from the back side, from the one who repeatedly gave me sympathy at different points that evening, the ‘beard writer,’ this is what I called him. It was strange but I actually didn’t ask his name! #WEIRD 😛

I continued, hesitating a bit once again, “One day, as our practice ended, we realized that it was 9:30 and that we worked non-stop for the past 8 hours. We were in the laboratory we hired of the money both of us earned through our part-times and in order to make a mood of working late night, we went out, well, also to get out of our boring schedule, we went out for dinner to Cafe Vista De’ Grace (I still don’t know what does it mean!)

The Cafe was famous across the city for it’s fresh food, and I just couldn’t wait to get my hands over it. I quickly entered through the main door, and there wasn’t a mad rush, which usually is there because it was a Monday night. I ordered the most famous swiss veg roll and a milkshake whereas Ramesh wanted to had some fresh subways.

5 minutes passed by, as I heard a ‘roar-like’ sound…well actually two different roar-like sounds, and it took not only a second for me to smell that a brawl is about to begin between two youngsters (two goras, this is what I actually called them at first!)

It was for the first time I saw her, Kajal, a beautiful, sweet girl, with her long, curly hair tied up to the best possible. Actually, I didn’t know her name at instance but read it on her batch, ‘Kajal Sharma, Manager’ it was really, really weird for both of us, not seeing her cooling down the fight, but meeting an Indian as the manager of a french cuisine manager in US.

Both of us silently had our meals as the fight came to an end, and those silent meals were actually quite quick, just because our emotions got touched up with her beauty. “Mast hai yaar!”, this is what both of us had in our minds, but that didn’t come to our mouth.”

Note: No matter how old it was and how much innocent and determined both of us were towards our dreams, we were men, and men will always be men! 😛

And it was the first time I actually laughed in my meet with the ‘writer’, as his smile grew bigger, and bigger, with the satisfaction that he now has a story. And now, even I was excited to proceed on!

“And the reason why I had the upper hand, was because Ramesh was always very shy talking to girls, whereas I was a bit straightforward-type. Both of us made every possible move, and the working hours literally became of no mean. Both of us tried to make every possible move. Became the two spies of Kajal, keeping a track of wherever she goes, her schedule, the parties she went to, the people she met with, each and everything! We started regularly going to the cafe, trying out the most possible ways to make connections with Kajal.

Finally, the breakthrough came, when the lives of our three took a huge turn. It was the 5th anniversary of the Vista De Grace’ cafe, and it was seemingly the best opportunity for both of us to listen to our hearts and propose to Kajal. But the real confusion began now, who is gonna propose first, for none of us wanted to lose our chance at Kajal. Situation was confusing, it was for the first time a slight fight broke between me and my brother. But keeping everything in the destiny’s hand, Ramesh went first.

At that moment, I had two-sided emotions in my mind, on one side, wishing Kajal’s rejection to Ramesh, whereas on the other, the happiness of my brother. By that time, Kajal was familiar with both of us. After nearly an hour, I saw Ramesh coming out of the washroom, wiping his tears off. It was understandable now what was the result of the proposal. But, though I couldn’t control my excitement of through my love wish, I thought that at this point, Kajal may be disturbed of Ramesh’s offer and thus, didn’t move on to mine.

After two days, as Ramesh went out for the weekly shopping of instruments, I saw Kajal coming into the lab (I still don’t know from where she come to know about it). Taking the scarf off her face, Kajal said to me, ‘Coming straight to the point, in the party, Ramesh proposed me, and I rejected his offer…,’

I was literally stunned, I mean, who actually does that. And before I could just say anything, she continued, “And I did that because, I love you!” And then the deep silence began, she spoke what she had in mind, I was left with my mouth wide open, and Ramesh somewhere didn’t even know whom his true love actually loves.

Without wasting even a moment, I tightly hugged her, and kissing on her forehead, I said, “I love you too!”

Love was flying in the air. Stay tuned to have a look at the dark side of this love in the 3rd part! 🙂