Things just can’t be better than this. Today, Xiaomi finally unveiled the Xiaomi Redmi Note 3 and it’s something you’d just won’t like to miss off your hands. After the launch of the LeTV Le 1S, we literally had our hands down, considering it to be the best budget smartphone, but Xiaomi totally brought about a device that would suit the Indians, well, in all prior conditions.

The Xiaomi Redmi Note 3 comes with a huge 5.5-inch of screen with the Snapdragon 650 Hexa-core processor. The device comes in two storage variants which are 2GB RAM and 3GB RAM, both priced differently. Xiaomi Redmi Note 3 runs on the latest MIUI 7 on top of Android Lollipop 5.1. 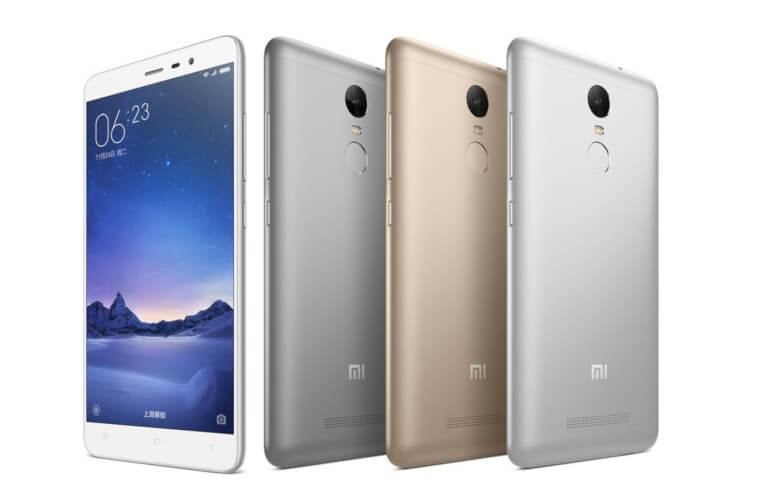 The device has got two storage variants, which are 2GB RAM with 16GB Storage and 3GB RAM with 32GB Storage. One of the biggest noticeable things of the device is it’s design, as it couples a fully metallic body and the fingerprint sensors on the back side.

The Xiaomi Redmi Note 3 runs on the Android 5.0 Operating system with a powerful 16MP rear camera with PDAF and LED Flash and a 5MP front-facing shooter with f/2.0 aperture and capability of recording videos at 1080p resolutions.

Apart from this, the awesomeness stuffed in it is it’s huge 4050mAh battery and a varied range of color variants. Now, to make your jaws dropped, the device is priced at JUST Rs. 9999, which is so damn good for such a device and is landing in India next month for sale.