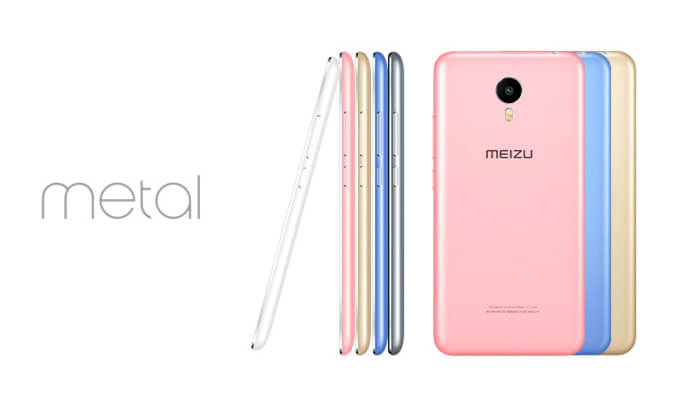 After the great response Meizu received after the launch of the M2 Note, they’re all set for the launch of another budget smartphone, that has got an exquisite aluminum design and fingerprint scanner wrapped up in it.

The Meizu Blue Metal Charm is powered by the most powerful Helio X10 system chip and a huge battery, but, unfortunately, will be available only in China, initially. The phone has also got a 5.5-inch of ‘charming’ screen. The 5.5″ 1080p LTPS display is covered by a protective Dinorex T2X-1 glass with 2.5D effect, thanks to the curved edges.

It has got a 2GB RAM and comes in 16/32GB internal storage variants. Other key features of the phone include a 13MP rear camera coming with dual-LED flash, a 5MP front snapper, a fingerprint scanner embedded within the Home key, provides LTE connectivity, and supports Dual SIM. As I already mentioned, it comes with a vast i.e. 3150 mAh battery that offers up to 13 hours of talktime.

The device runs on Android 5.1 lollipop and the benchmarks of it have really impressed me! So many features, though it isn’t the first phone to offer it, is definitely great at $173. But, if anytime Meizu plans to launch it in India, it’ll surely face tough competitions!