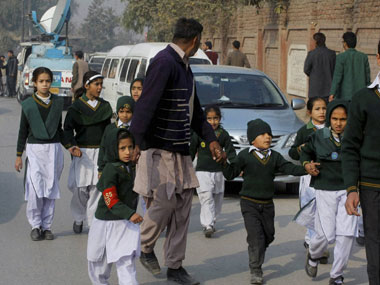 Official authorities of Khyber-Pakhtunkhwa province in Pakistan were warned of an upcoming shootout attack on an army school in Peshawar months before it took place i.e. August 2014. As per the reports by Geo News:

Taliban commander Khaksar in Orakazi, a part of the (FATA) Federally Administered Tribal Areas, along with two of his terrorist colleagues, Bilal and Obaidullah said that they’ve planned to carry out several terrorist attack over institutes in Pakistan, Quoting a part of the written warning that was issued on 28th August.

The warning also stated that the militants wanted to kill as much children as possible. The report said Bilal and Obaidullah with their accomplices had also conducted reconnaissance of the targets. The warning wanted the authorities to organize security measures in advance to avoid any kind of inappropriate incident. The exact copies of written warning from the terrorist was forwarded to many high authority officials like the chief minister, home minister and law enforcement agencies.

The exact copies of written warning from the terrorist was forwarded to many high authority officials like the chief minister, home minister and law enforcement agencies.

The terrorist killed 148, out of which 132 children, in the army school at Peshawar and stated that this terrorist act was just the revenge for the Pakistan army’s ongoing military operation in the north. Pakistan Prime Minister Nawaz Sharif lifted a 2008 moratorium on the death penalty in terror-related cases in the aftermath of the attack.

By now, Pakistan officials have executed 6 terrorists. More terror convicts will be sent to the gallows in the coming days, as per the reports!