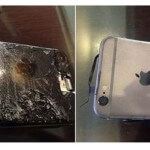 Kishan Yadav, a Gurgaon based restaurateur filed an FIR at the Sushant Lok Police Station on Tuesday that his iPhone device caught fire and exploded suddenly when he was talking to one of his friends, says reports. “My face could have got burned as the phone exploded in a matter of seconds. When I threw the phone, the […] 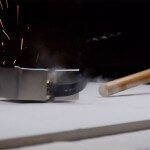 Magnets, frankly a very common thing to be said but do you have any idea how much damage it can cause? Certainly don’t but this video will explain it to you. In a recent experiment by TechRax neodymium magnets can literally crush a premium edition $10,000 Apple Gold Watch. Now if you don’t know what neodymium magnets […]

As per the official reports from Reuters this month, Google is currently working on an operating system citing anonymous sources. The report says that the search giant is working on their next Android wear release that is going to be a car compatible utility, expected to arrive the lands early in the year 2016. Well, it […] 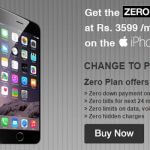 Two gadget giants, Apple, and Reliance have finalized their decision of launching the most dominating iPhone 6 with its cousin brother, the ‘LONGER’ iPhone Plus with zero-down payment, clubbing up with EMI. Though the past reports stated that these companies were least interested in such a deal, we’ve been receiving intimations thereafter that the decision might […]